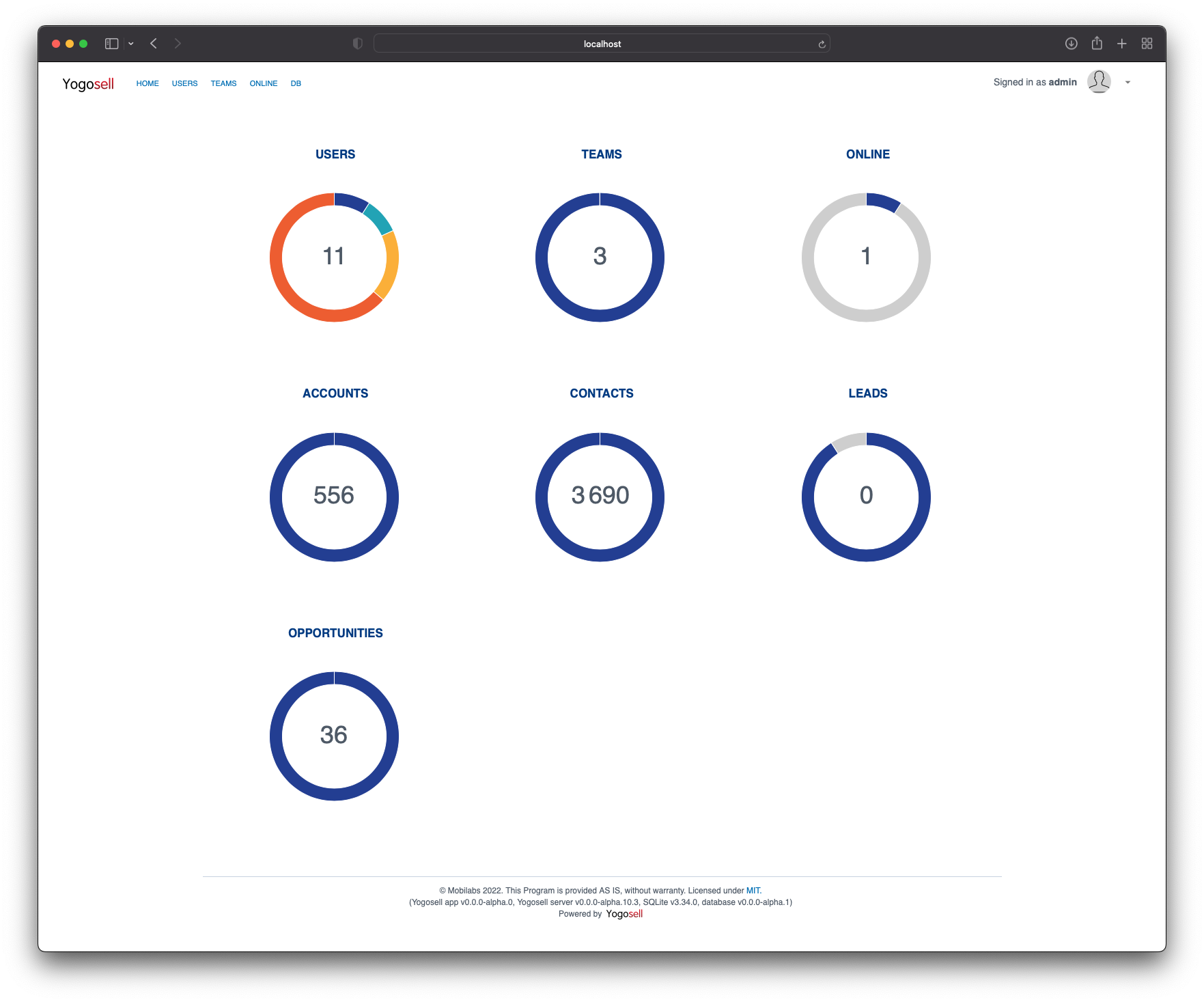 Click on Teams in the upper left menu, you get a list of teams. The demo database has three teams. The default Global Team and the teams North and South.

As already mentioned, a team is a group of people who share data. But, they are inside an "hermetic" container. One team cannot access another team's data. 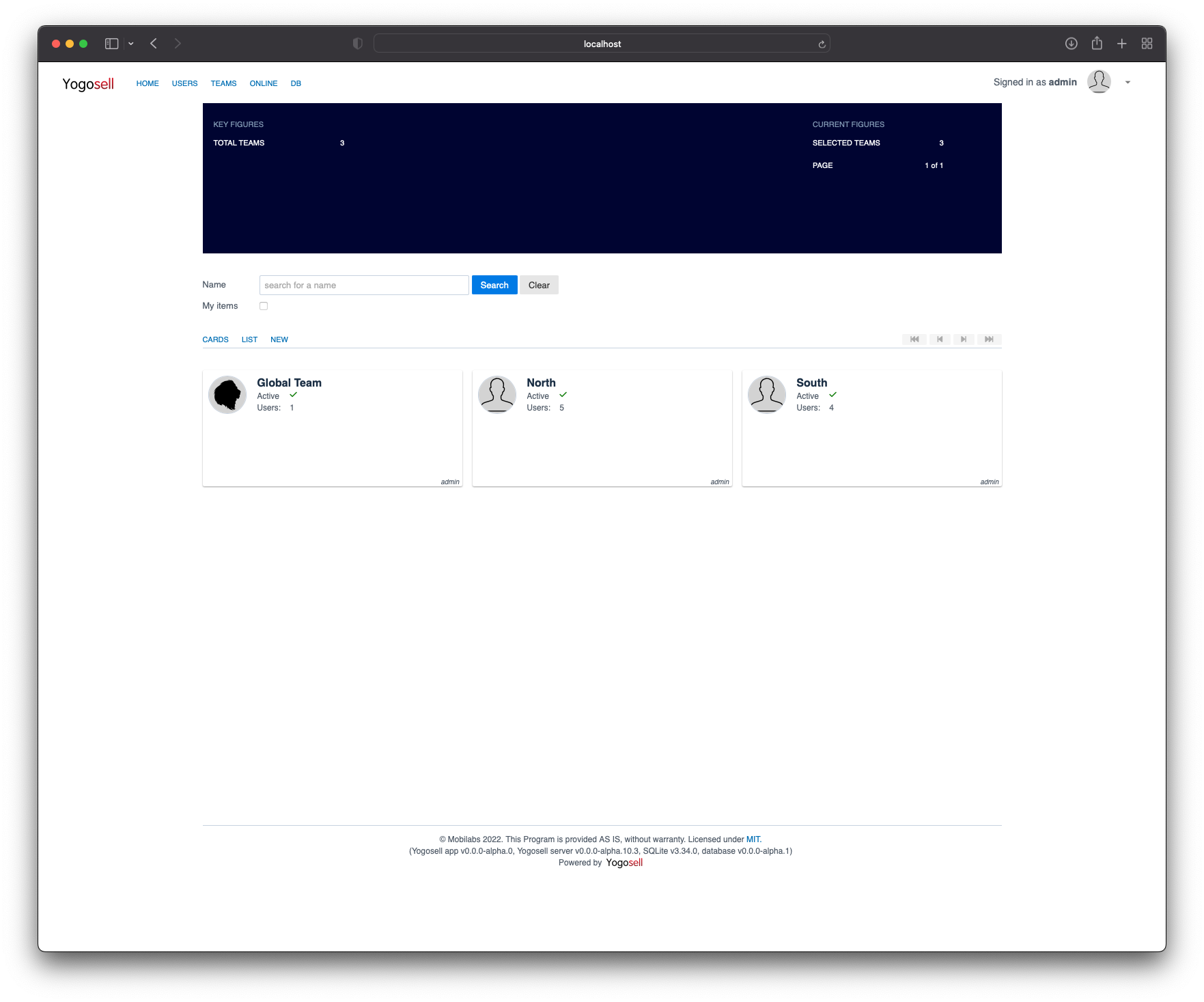 Click on Users in the upper left menu, you get the list of users. The demo database has one administrator and ten salespersons.

Each salesperson belongs to a team and has an assigned role: Team Leader or Team Member.

As mentioned earlier, the team leader has access to all data produced by the team, while the team member can see all of the team's data but can only modify his own data.

Here there is a user with a specific role Sales Manager. The sales manager has an overview of the data produced by all teams and can transfer chunks of data from one team to another. 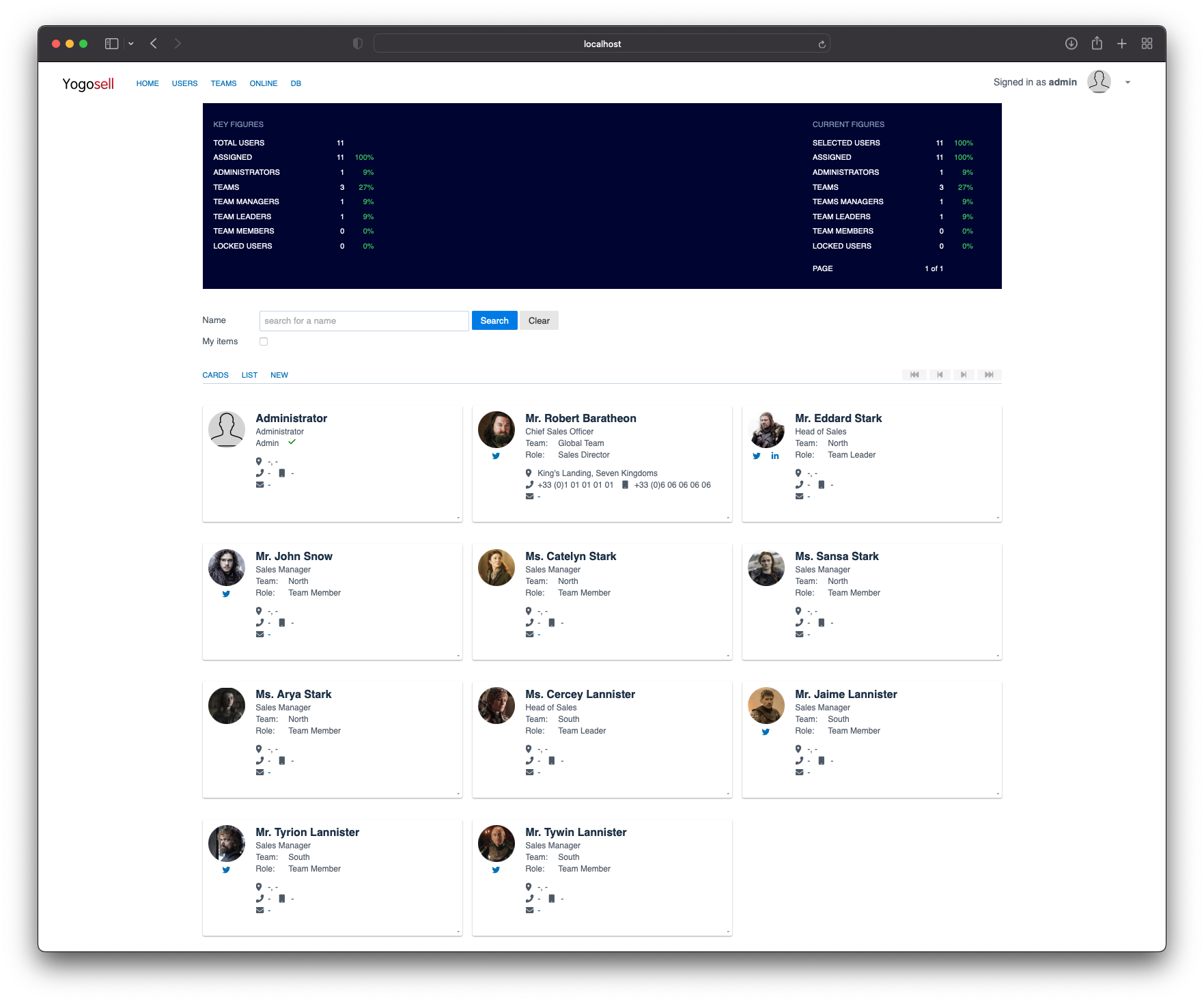